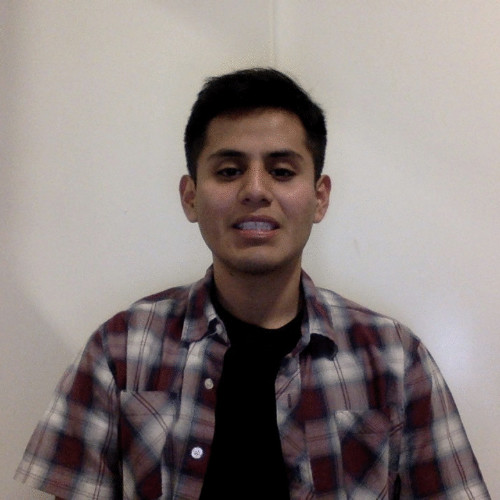 The Master of Change

Danny Garcia is no stranger to change. For one thing, he’s swapped the language and country of his birth for new ones. And despite growing up in a household without a TV or a computer, Danny is a budding tech professional.

Let’s explore how this son of migrant farmworkers and Practicum graduate ended up pursuing a master’s in data science while working part-time as a software engineer.

Danny was born in San Quintín, a pueblo in Baja California Sur, Mexico. “Things have changed,” he says, “but back then, the roads weren’t paved, and there weren’t many cars.” (The only one he readily recalls was an old wreck near his school’s playground.) Though San Quintín was impoverished, Danny gets nostalgic remembering the afternoons he spent on its streets, playing with chickens and dogs: “Something about living there — I just felt a little more free.”

Danny’s parents were in California, so he lived with his grandma. Then, when he was seven, his parents brought him and his younger brother to Oxnard, where his parents worked in the strawberry fields.

California was a new world. Danny remembers being especially struck by its racial diversity. He was used to the homogeneity of his hometown, where he knew only Mexicans, but California introduced him to faces from all over the globe. What’s more, they were speaking English — a language he didn’t know a word of. “But when you’re a kid, it’s easier to adjust,” Danny says. Within a year, he was fluent.

A First in the Family

Going to college wasn’t a given for Danny. His parents, who had been working since they were children, didn’t know much about the education system in the States, and they didn’t put much pressure on him. Ultimately, it was a stroke of luck that led him to continue his studies. One year in high school, he saw a poster advertising a summer course in psychology. He figured why not and signed up.

“That course really cemented my passion for learning, and I got to know the professor,” Danny says, “She encouraged me to apply to colleges and guided me through the process. I’m really grateful to her.”

With her help, and with funding available through the DACA program, Danny enrolled in UC Riverside’s psychology program. He was active both inside and outside of the classroom, volunteering as a peer mentor and completing several internships.

His internship with the Partnership for Public Service involved transcribing interviews with experts on the ethical implications of AI and its likely impact on the workplace. (For one thing, transcription will be automated…) He didn’t know it at the time, but this chance assignment would end up changing his life.

Meanwhile, Danny’s initial enthusiasm for psychology was fading. He struggled with a question known to many a college student: “So I get my degree… and then what?”

In 2019, his growing sense of uncertainty developed into a crisis, and Danny decided to take a few months off of school. He worked in construction, sometimes joining his parents in the strawberry fields. Here, away from college, no longer preoccupied with the rhythm of the academic year, the questions that had begun to nag him became more insistent: “What’s my goal? What do I actually want to do?” And, above all: “How can I help my parents?”

They never had the opportunities that he had. They’d spent their entire lives, since the age of eight, working the fields. Danny knew that education was a precious gift, one that could transform his life and allow him to transform theirs. But how?

His thoughts kept returning to the internship he’d done a year before. AI genuinely intrigued him, and he knew that data science was a highly-paid and promising field.

The nagging questions gradually gave way to a new resolution: without abandoning his degree, which was almost in the bag, he’d study data science.

Danny started studying Python. Then he saw an ad for Practicum on Facebook (thanks, AI!), looking for beta testers. He signed up, becoming one of the very first students to work through the U.S. Data Analyst program.

(Why not Data Scientist? He chose DA after comparing the lists of projects students complete in each program. For someone like him, whose background wasn’t in math, the DA curriculum seemed like a gentler introduction to the field, and in any case, the basic skills he’d learn as an analyst would also be applicable to data science.)

Over the course of the six-month program, he cemented his coding skills, developed a fascination with visualization, and learned the basics of machine learning. By the time he graduated, Danny realized that what had started as an experiment — “Let’s give data science a try” — had turned into a career path. This was what he wanted to do.

A Foot in Two Worlds

After finishing a bootcamp, some students opt to continue their studies, while others choose to start working straightaway. Danny decided to do both. He’s now working toward a master’s degree in the University of Michigan’s Applied Data Science program. Simultaneously, he works part-time as a software engineer at AAK Tele-Science, a startup developing a platform to connect researchers with investors.

Wait, a software engineer? Yep — remember, Danny’s used to finding his way in unfamiliar places. Before taking the job, he’d never worked on authentication, and he’d never used Python’s Flask framework. Still, he proved to the company that he had what it takes, thanks in part to his Practicum portfolio, and he has since set about teaching himself all he needs to know.

It’s not easy to juggle working and studying. But it’s not easy to move to a new country, either, or to be the first in your family to get a degree, or to do much of what Danny has done. He knows as well as anyone that “not easy” doesn’t mean “impossible.”

If the Master of Change has inspired you to begin your journey into the world of tech, you can start exploring Practicum’s Data Analyst program for free.